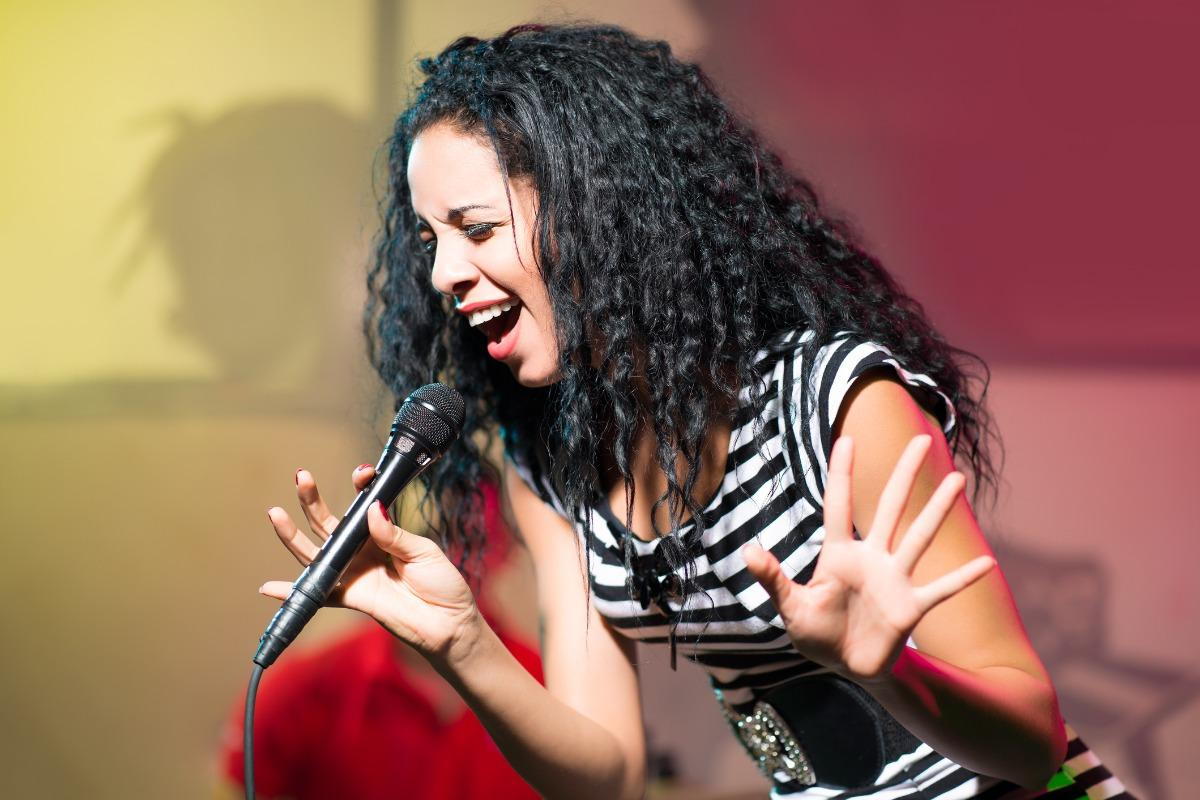 What is the picture that comes to your mind when you think about being in the spotlight or needing to perform at your best, such as when you have to give a presentation at work, or being interviewed for a job, taking an important exam, or performing on stage?

Does an image come to mind of you feeling confidant, competent and at ease?

Or do you recall a time when you lost your concentration and forgot what you planned to say or do, your heart started pounding, you had a hard time breathing, you felt like you were going to have a panic attack right then and there, or maybe you felt you might faint...and then you felt so embarrassed and condemning of yourself afterwards?

If the second picture came to your mind, then you were experiencing performance anxiety, more commonly known as Stage Fright. Definitely not fun! Fortunately, there are a lot of tools available to help you learn to conquer it and move towards performing with greater freedom, success, and calmness.

Before we talk about one of them, though, let's define it a little more. Stage Fright involves the fight, flight, or freeze response, which is an automatic, biological response hardwired into your mind and body, and it gets activated in times of extreme stress, or times that feel like that.. A whole array of physical, emotional, mental, and behavioral symptoms can happen either before or precisely when you need to perform at your best.  Then the next time you are in a similar situation, you anxiously begin to say to yourself, "I hope that doesn't happen again...what if it does?!" Some people find those memories so painful that they vow never to perform again.

Unfortunately, if these are the images from which you draw as you prepare for future presentations, job interviews, or anytime you are on stage, then you are not only rehearsing the problem, but you are actually reinforcing the neural pathways in your brain associated with performance anxiety, and you are also programming yourself to experience more stage fright.

But the good news is that if you have a memory of ever having done something well, with confidence, competence, and enjoyment, then you have a resource already within that you can use to prepare for future performances. The idea is to learn to substitute the confidant image for the anxious one, then daily recall that positive memory. Replay THAT in your mind over and over and here is what will likely begin to happen: You will begin to re-experience feelings of competence, confidence, and will see a decrease in anxiety. You will begin to reprogram your mind to believe you can perform in that manner in the future. This is basically Self-Hypnosis.

Here is how to do this:

First, get into a position that is comfortable for you. Begin to do some abdominal breathing, being aware of where your breath goes when it goes to the floor of your lungs. Think about breathing into your pelvis, though you aren't literally doing that. If you notice you're breathing into the upper part of your lungs rather than the lower part, try lying down, because it's almost impossible to breath incorrectly when you are in that position. As you breathe slowly and deeply, your heart, brain, and autonomic nervous system will begin to get into greater synchronicity with each other, and you'll start to feel calmer.

Second, take some time to relax your muscles by giving suggestions to them to do such things as, "Unwind, loosen up, relax, release, open up, slow down, soften up, let go." You might find it helpful to start with your feet and work with various muscle groups until you reach the top of your head.

Third, recall a memory of a time when you felt peaceful and calm, such as, being on the beach, or a favorite vacation memory. Recall it in as much detail as you can in terms of sights, sounds, smells, tastes, body sensations, and emotions.

Fourth, do an imagery exercise in three steps:

Step 1: Recall an old memory of any time in your life - as a child, a teen, or as an adult - when you did something very well and you felt a sense of accomplishment and pleasure in doing it. Recall sights, sounds, smells, tastes, kinesthetic sensations, and emotions. Recall how good it felt to succeed in what your were doing. Hold on to those feelings and then transfer them to the image in Step 2.

Step 2: Recall your very best experience in doing an activity that resembles the kind of action you would like to be free to do without the performance anxiety. Again, this can be anytime in your life. It doesn't matter whether you were in rehearsal, or actually during "show time," or if you were simply doing something for your own enjoyment, for example, if you have a satisfying memory of playing the piano, singing, dancing or performing in any way, whether on stage or even if no one is watching...if you remember speaking in front of your teammates and encouraging them to persevere and do their best during a big game...if you recall completing a project that you felt really good about. Again, recall it in as much detail as you can, involving your five primary senses and your emotions. Recall how good it felt to be doing your best. Feel the energy you experienced at that time. Relive the sense of accomplishment, confidence, and competence. You want to create a mental picture of yourself doing what you desire to do with excellence and enjoyment. Once the picture has fully developed and you have re-experienced the good emotions associated with it, transfer those powerful feelings and body sensations from Steps 1 & 2 to the image in Step 3.

Step 3: Now imagine yourself in the future, performing just the way you most desire to perform, confidently, successfully, with energy and pleasure. Since anything is possible in your imagination, see yourself performing at your very best in a job interview, or doing a presentation, making music or acting, or taking an exam. Hold the positive mental image and then ask your body and mind to do whatever it needs to do to experience this in real life. Give yourself positive suggestions about what you want to take place when your are in a real-life situation, such as, "When I am interviewing for a job (giving a presentation, performing in front of an audience, taking an exam), my heart rate slows down. I breathe slowly and deeply. My palms are dry. My mind thinks clearly. I easily remember what I want to say and do. When I'm in the spotlight, I remain comfortable and calm. My confidence and ease in performing are growing," or whatever would feel good to you to hear.

Practice the above everyday because repetition develops neural pathways associated with doing something with confidence and competence. It's possible you might not see results right away, although I've worked with people who employed this strategy and quickly began to experience improvements.

Here's one other idea: If you had an experience in performing that resulted in some PTSD symptoms, there are other powerful tools, such as EMDR, EFT, or HMR  (see the "Tools for Counseling" pages) that can help you release the negative emotions still associated with the memory. Sometimes we need to release those emotions to more easily open up to the positive images and suggestions you are giving to yourself.